At precisely 330 in the morning, our Chaski Alarm goes off- the porters shake our tent whispering “buenos dias”.  Barbara and I quickly throw the remaining items that are strewn about the tent into our packs.   We hustle down to the dining tent and shovel down the thin pancakes that have been elegantly decorated with a delicious syrup.  The chef has outdone himself again, drawing pictures of Machu Picchu on some, and writing fun notes on others.  One that maybe got a bit lost in translation was the big frowning face that one of the gang received.   I think that meant that the chef was sad we were leaving. 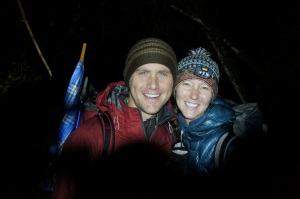 Everyone wolfed down their food and we set off down the trail at 10 minutes after 4.  After just a few minutes we found that we had arrived about 10 minutes too late to get a seat on the covered benches near the final control point on the trail.  Luckily the skies were most covered with just a thin veil of wispy clouds, with a partial moon shining brightly through.   We set the bags down, and some of us closed our ours for a couple more winks of sleep.  At 530 the gate opens, and the flood of hikers streams through.

All of us seemed to have a bit of extra energy, despite the early wake up call.  For me, the adrenaline was through the roof. We barely stopped as we hustled the 3 miles toward the Sun Gate- where we would see our first view of our the prize- the high mountain ruins of Machu Picchu.  As we came up the final set of stairs, and through the Sun Gate, we were thanking our lucky stars that the weather was holding.  The sun was slowly rising over the ridge behind us, and slow thick clouds were floating their wait up the deep valley below us.

There it was. The incredible. The awe-inspiring. The words-will-never-do-it-justice-place.  Machu Picchu.

Our 4 day journey up and over the steep mountains had delivered us to this point.  We stood there, catching our breath (there was a whole lot more uphill than we were expecting on the last morning), smiling from ear to ear, staring at the ruins below us.
After snapping off some photos, the clouds socked in the valley, and the views disappeared.  We were worried that there was a real chance that the views might be gone for the day.   But, as quickly as the views disappeared, they came back.  We wandered down to the Gate Keepers Hut, to catch the classic post-card-perfect Machu Picchu point of view.

Honestly, words are not even remotely enough to express the crazy awesomeness of this place.

Machu Picchu is a huge complex of stone buildings and terraces set high up on a ridge between two higher mountains.  On each side of the ridge, the terrain drops steeply off down to the river below.   It was the last stronghold of the Incan empire, and was never found by the Spanish conquistadors who eventually took down the entire Incan empire.  The Incas had hidden this incredible place by covering it with vegetation and covering some of the 8 roads that once led into the complex.  The vegetation quickly took over, and completely covered it, hiding it from human eye for 400 years.  It was eventually discovered (with the help of locals who long knew of the place) by an American from Yale University, Hiram Bingham. 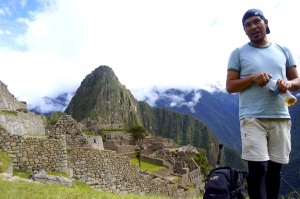 Jimmy gave us an insightful, and detailed tour of most of the grounds.  He led us from one site to the next, giving us background about how the Incas lived in, farmed in, and practiced rituals in this wonderful place.  Among the buildings there were a big number rooms for lodging the people who had made the pilgrimage to this sacred site.  The ancient city is flanked with over 1000 terraces where crops were grown.  There were special rooms for the nobility.   There is an intricate system to deliver water to the residents of the city.  There were amazing temples with windows that perfectly aligned with the sun at different lunar events.

Walking among the ancient walls, we thought about what this place must have been like in its hay day.  It was easy to get lost in the daydream. 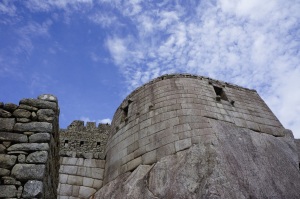 The buildings here supposedly were built without the wheel, nor the use of animals to do the heavy moving.  The rocks have been carefully carved and fitted, so closely that the cracks are not wide enough for a credit card.  These massive rocks have perfectly flat sides that meet at perfect angles with all of the rocks around it.  The craftsmanship is breathtaking.  The architecture is so strong, so well tuned, that Machu Picchu has overwhelmingly survived some massive earthquakes that shake this area.

Most of the group signed up for climbing up one last mountain- Huayna Picchu.  We had not signed up for this, so we found ourselves with another 2 hours to wander the Machu Picchu.  We made our way back up to the Gate Keepers Hut, and found llamas on the terraces.  Then we hiked out to the Inca Bridge.  The trail out to the bridge is another Incan trail, one of the other 7 roads to Machu Picchu than the one we took.  This trail winds its way across a lush incredible steep mountain side.  At the end of the trail, there is an beautiful stone bridge that is perched on a impossible rock face.  Looking off the side of the trail is a sure way to induce vertigo.

At this point in our journey, I feel confident to say that hands down, Machu Picchu is one of the most special places on Earth.  If you ever have the chance- go!
Massive Photo Gallery Here: 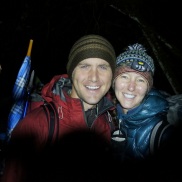 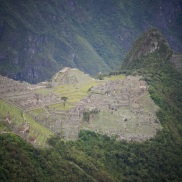 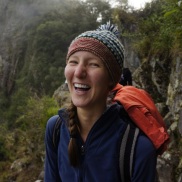 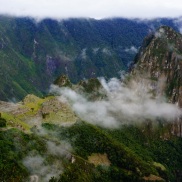 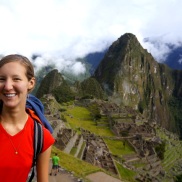 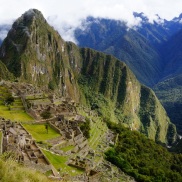 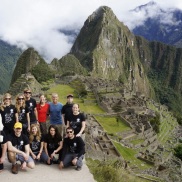 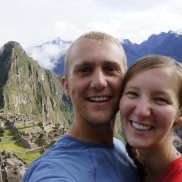 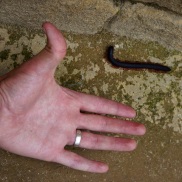 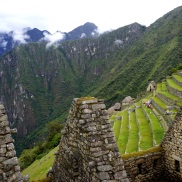 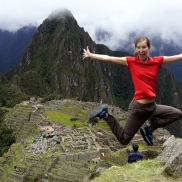 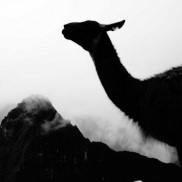